Dr. Susan Gay Wemette is an arts educator with twenty years’ experience in theater and arts education. She holds a BFA in theater, an MFA in Acting, and a PhD in Curriculum and Instruction (focus on arts education). Susan has taught as an adjunct faculty member at Lynn University and Florida Atlantic University.

From 2002-2009, she served as the director of education for a regional theater company, where she created collaborative drama and writing programs with students in South Florida and their peers in Rwanda, South Africa, and Kosovo. She also created drama and writing programs for the young women at the Transitions Home for Teen Mothers, residents of The Lord’s Place Homeless Shelter, and children with severe disabilities at Royal Palm School. Susan served as the Arts Integration Project Manager (2012-2014) for the School District of Palm Beach County’s $1.2 million Arts in Education Model Development and Dissemination (AEMDD) grant from the U.S. Department of Education, which focused on enhancing student achievement through arts integration, supporting teachers with high-quality professional development in order to sustain their integrated practice, and developing a model that can be replicated in other school districts.

As a program evaluator, she has consulted with the Palm Beach County Cultural Council, Arts4Learning/Miami, The Crossroads Institute of New Orleans, The Kravis Center for the Performing Arts, The Center for Creative Education, FAU University Galleries, and Theatre Lab at Florida Atlantic University. Dr. Wemette also served as consulting investigator on the School District of Palm Beach County’s AEMDD federal arts integration grant (2014-2019).

Cora Bresciano is Blue Planet’s co-founder and co-executive director. She has more than thirty years’ experience as a creator and educator, with an extensive background in non-profit leadership and in developing and implementing international writing and arts programs. She holds a Master of Fine Arts degree in English/Creative Writing, a Bachelor of Science in Music Education, and she is currently completing her PhD in Comparative Studies, where her focus is on myth in literature and politics.

As a Visiting Instructor in English at Florida Atlantic University, Cora has taught literature, creative writing, and first-year writing to university students. She has served as the Cultural and Educational Projects Director for 3-Way Split, a multi-country business, arts, and education collaboration, and she has presented on her work in such venues as the Modern Language Association’s International Symposium in Lisbon, Portugal; the Hawaii International Conference on Arts and Humanities in Honolulu; the Italy in Transit Symposium hosted by FAU and the Consolato Generale d’Italia, Miami; Florida Atlantic University’s Global Education Conference; and the 3-Way Split International Forum in Southend-on-Sea, England. Her academic and instructional writing have been published online and in traditional print, as well.

As a creative writer, Cora has been the recipient of the Frank and Courtney Brogan Award for Fiction for her short story “The Mermaid.” As a theatrical composer and lyricist, she was awarded a number of production grants from the Broward Cultural Division for her children’s musicals, which have been produced in theatres in Florida and New York.

Cora’s personal background is as international as her professional experience: a citizen of the US and the EU, raised in a family of immigrants from two countries, in a house where three languages were spoken, she has a special interest in creating spaces where cultures can come together peacefully and amazing things can happen. 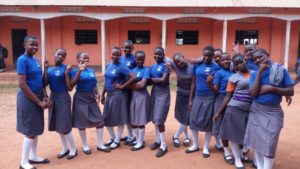 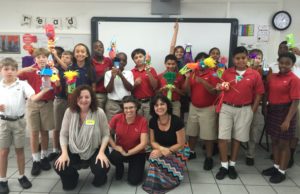 In an increasingly globalized world, you can make a difference in how our children learn about the planet…and about themselves.

CLICK HERE to make a gift of any size to support Blue Planet Global Education’s work with teachers around the world.